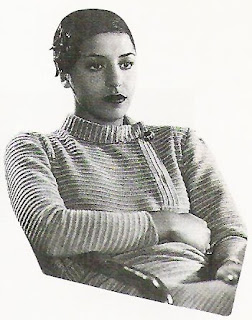 She was described as being very slim, almost boyish and very pretty
She was also very modern, liberated and according to Dalí­, “fascinated by both him and Lorca.”
During their time in Madrid together, this group, along with another painter from the school, Maruja Mallo, did some pretty interesting things. Influenced by Paris fashion, Manso and her friends started a new fashion trend in Madrid, called sinsombrerismo or nonhattism?
The trend was nothing more than not wearing a hat, a sign of emancipation.
In Madrid in the 1920s this was very scandalous.
Not wearing a hat was like not wearing clothes.
People would look at them horrified and even went so far as to yell at them or throw things at them when they were out and about the city.
Even Dalí­, who loved to wear hats, joined the movement when he returned to Madrid after being suspended.